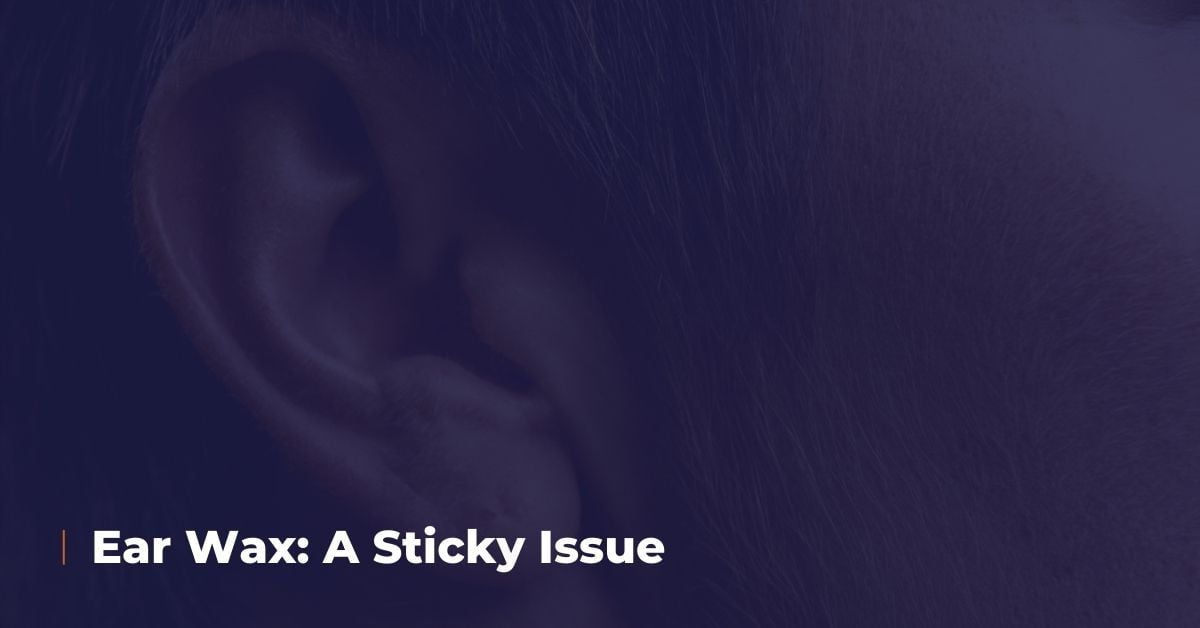 There are some really interesting facts around ear wax. Its purpose, occurrence and genetic factors are some of them. Let’s have a look at some of these aspects.

Producing ear wax or ‘cerumen’, if we use the medical term, is a normal function of the ear. The ear canal can be divided into two nearly equally long parts. The outer part of the canal is made of cartilage while the inner part of the ear canal is embedded in the skull and made of bone covered with a very thin and sensitive layer of skin. At the inner end of the ear canal sits the eardrum. The ear canal is a very important part of the ear. On one hand for the actual hearing process, but also to shield the middle ear from outward influence such as germs, fluids, foreign bodies or small insects. Protecting the eardrum and the structures behind it are very important as any damage can have dramatic consequences. The protection system of the body has multiple parts. Firstly, the canal is generally not straight but rather ‘s’-curved so that foreign bodies cannot hit the eardrum straight away. Secondly, the sensitive part of the ear canal. If anything touches this part the body reacts with a sharp and severe pain making the person aware of something that’s not quite right. Thirdly, the ear wax. Two glands in the cartilaginous part of the ear canal produce a rather gluey or sticky substance. Foreign bodies, dust, sand and even small insects are caught in the ear wax, so they cannot reach the eardrum. Small hairs in the ear canal are supposed to transport the wax and all other ‘unwelcomed visitors’ slowly towards the opening of the ear canal where it can be easily removed when having a shower or just with a piece of tissue.

Not everybody has the same type or amount of ear wax. The consistency, colour and amount of produced ear wax can vary from person to person. Generally, it was found that people from different racial backgrounds produce different kinds of ear wax. Some people have rather clear or slightly yellow ear wax, others are brownish. Some are dry and flaky, and others are very moist and runny or extremely gluey.

As it is with so many things, the normal process does not always work. In a staggering 5% of the population, the normal wax transportation system does not work normally. This may be the case because of very narrow or bendy canals or other physiological reasons. In addition to those cases there are those in which the use of hearing aids, earphones or earplugs prevents the normal function of the self-cleaning system. In those cases, the ear wax does not get transported out as it normally would. It rather builds up and can even block the ear canal completely. This can lead to significantly reduced hearing, issues with the localisation of sounds and can even pose a risk of infection in the ear canal. Removing ear wax is therefore very important.

You may have heard the saying “never stick anything in your ear that is smaller than your elbow” and it is probably a good rule of thumb to follow. But how can we get rid of these often recurring and certainly annoying blockages?

There are many ways of removing ear wax. A common option is to use oils or drops that aim to dissolve the ear wax when put in the ear over a few days to a week. But mostly they just soften the wax making a big mess on pillowcases along the way.

By far the most common (and often uncomfortable) way is removing the ear wax by flushing it out of the canal. Warm water is forced via syringe or pump into the ear canal in the hope that some water goes between the eardrum and the wax to push it out. This method is not always appropriate, and it brings with it a risk of perforation of the eardrum which can lead to significant and potentially permanent hearing loss.

The very best and most comfortable method of wax removal is getting it done by micro-suction. A suction pump is connected to a hose with a small suction cannula at the end. With head-worn loupes, the practitioner has an excellent view of the occluded ear canal. This way they know exactly what they are doing and can remove ear wax blockages generally pain-free, without a mess in a matter of a few minutes.

Present this voucher to receive 30% off the regular price.